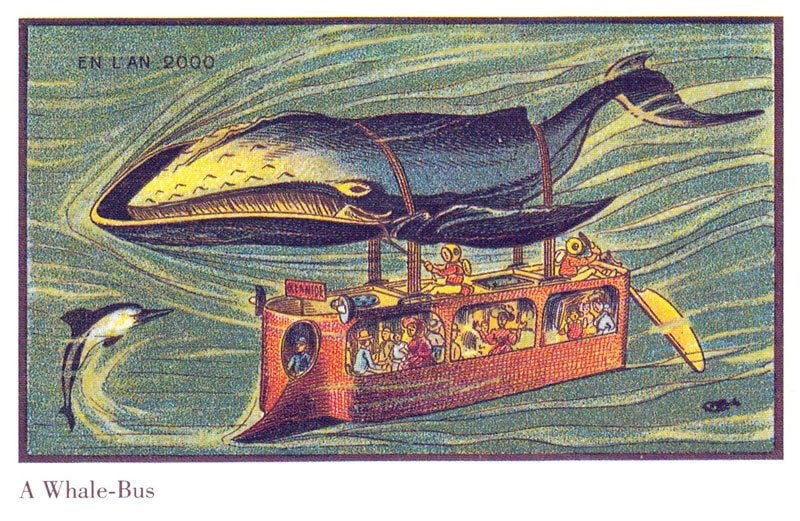 The point being.. Well, basically they were asked to imagine what life would be like in the year 2000. According to Collective-Evolution, these artworks were originally in the form of postcards or paper cards enclosed in cigarette and cigar boxes.

The images depict the world as it was imagined it would be like in the year 2000. Some of these unique illustrations are actually quite accurate vision of the current era today, including farming machines, robotic equipment, and flying machines. Now we haven’t started riding giant seahorses yet, although it does look like one hell of a good time.

One thought on “Over 100 Years Ago, Artists Were Asked to Depict the Year 2000, These Were The Results-Nisha Designs”