Looking for some Halloween-inspired cocktails to kickstart your celebrations and rituals this Halloween? Check out this video from The Bonneville Cocktail Collection for some ideas. Rosa Medea is Life & Soul Magazine’s Chief. She writes about lifestyle including sustainable and green living

Get stuck energy moving, cleanse your aura, and fine tune the vibration of your home on this Halloween full moon. We all know that 2020 has given us … 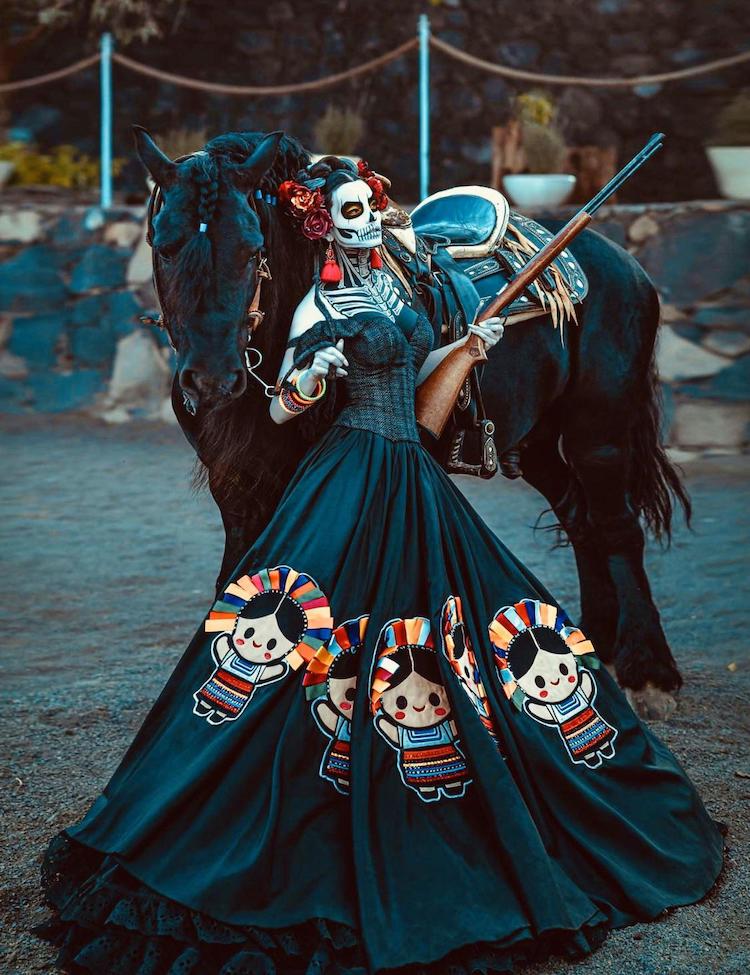 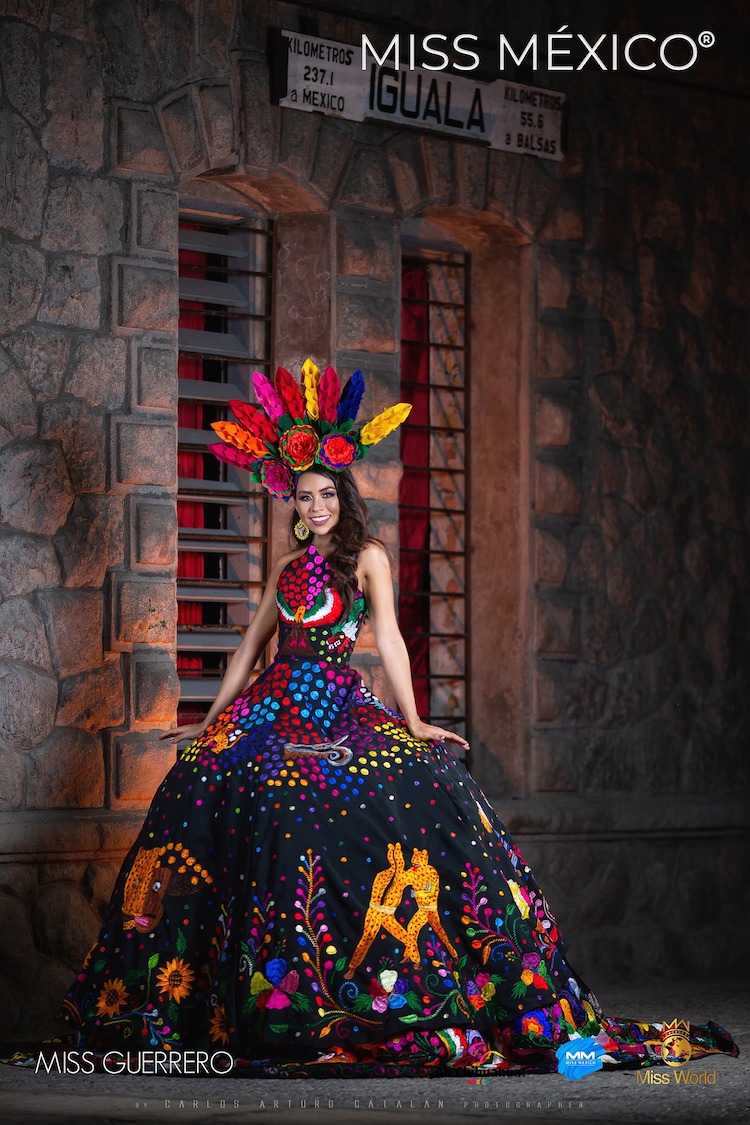 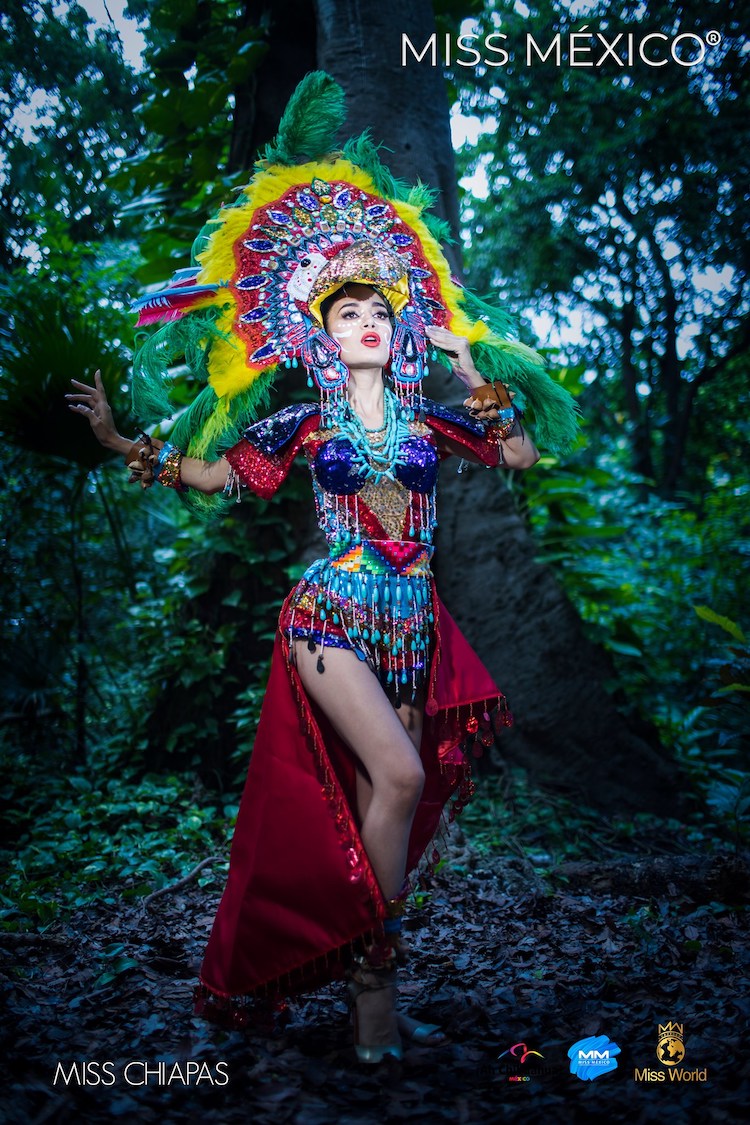 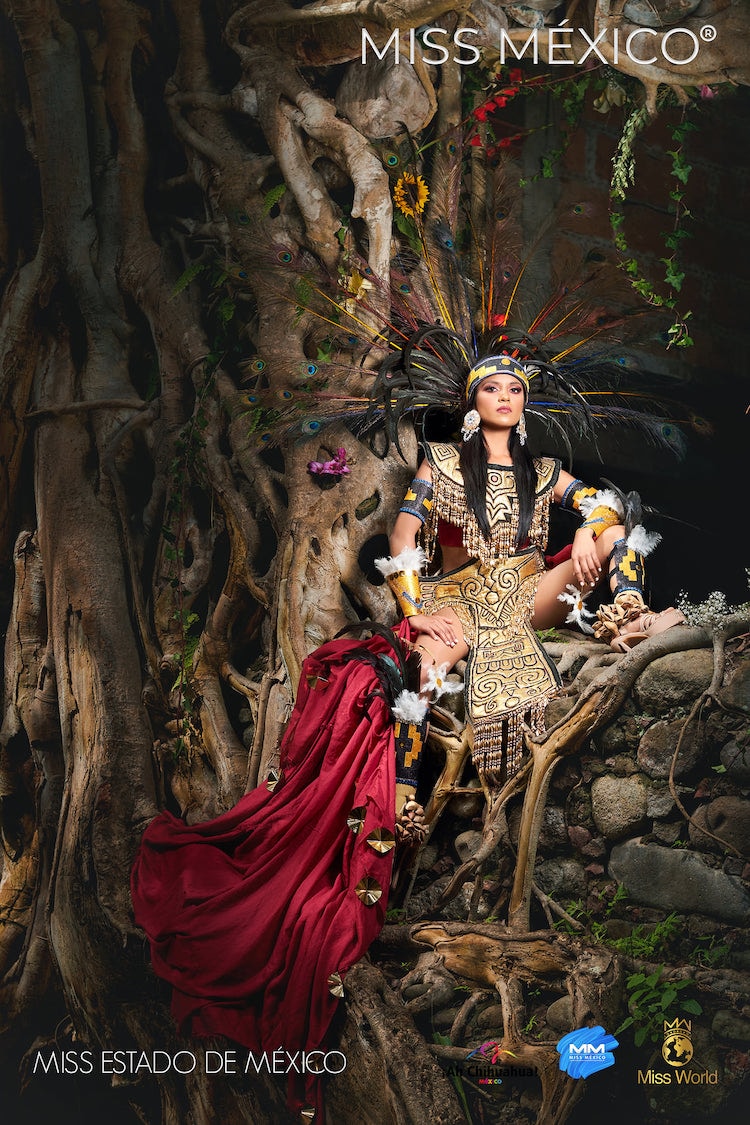 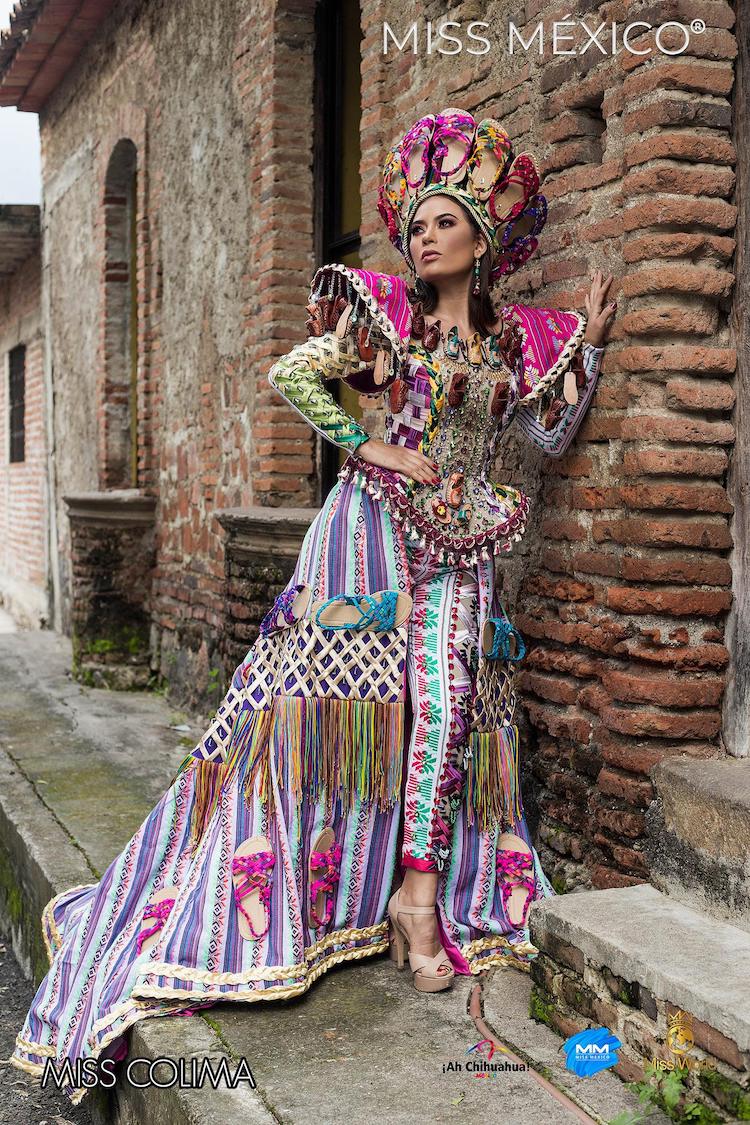 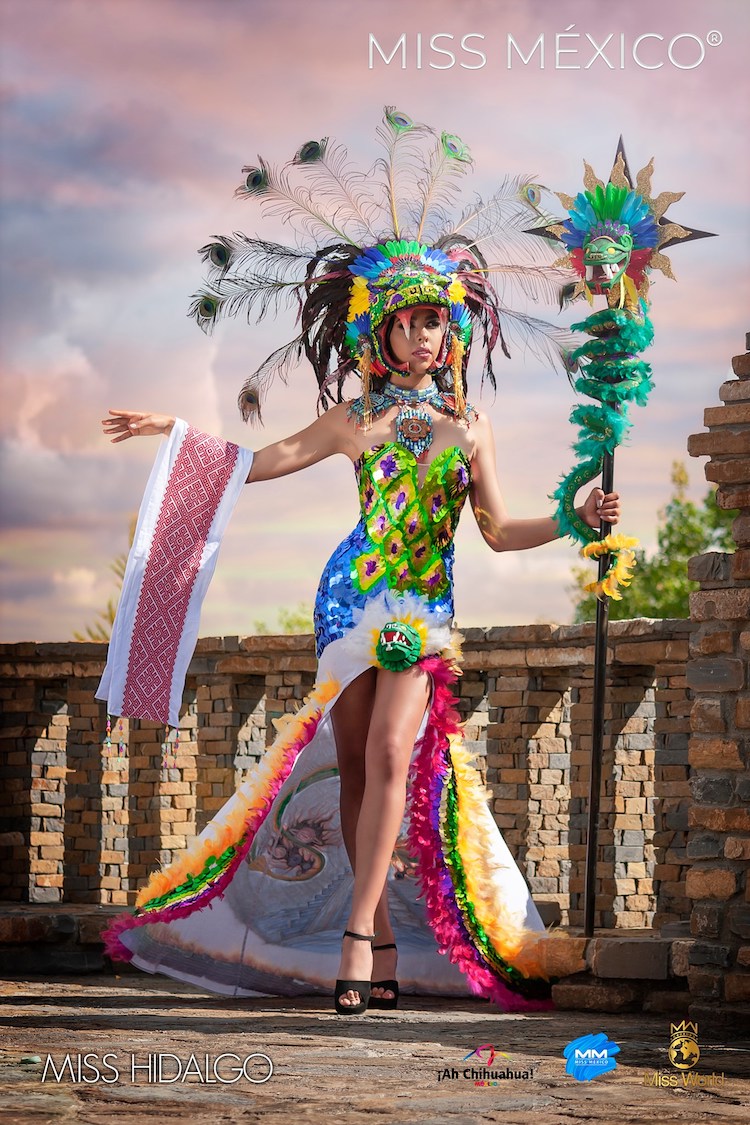 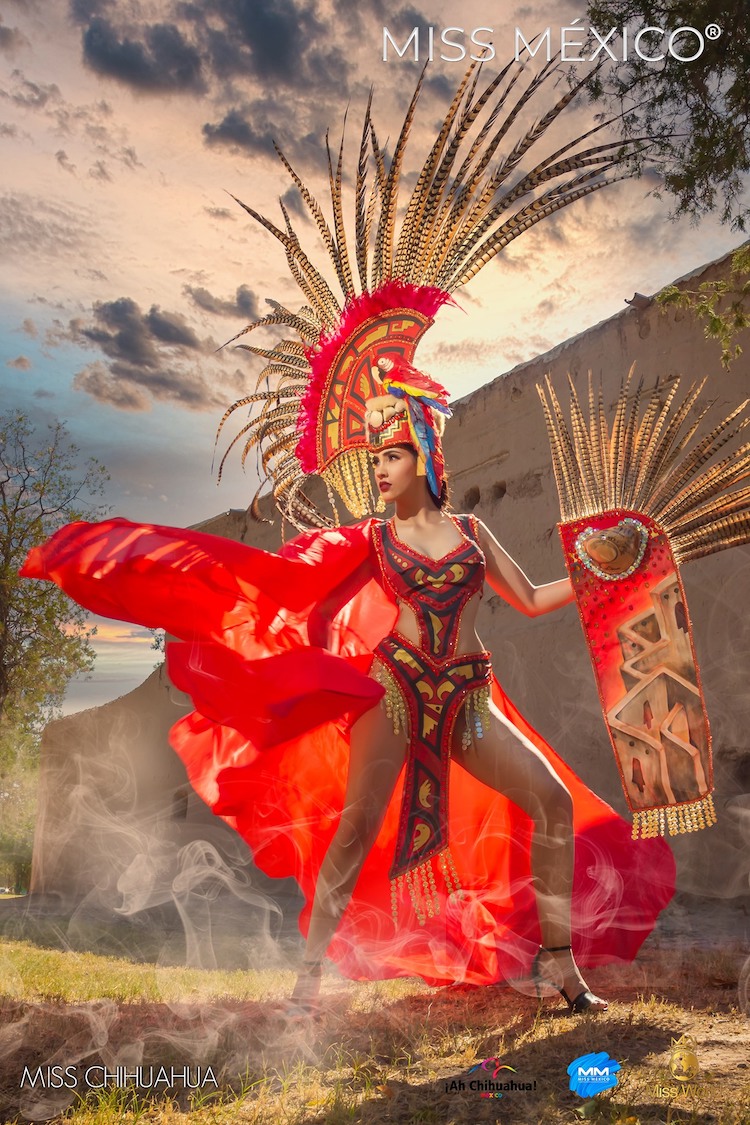 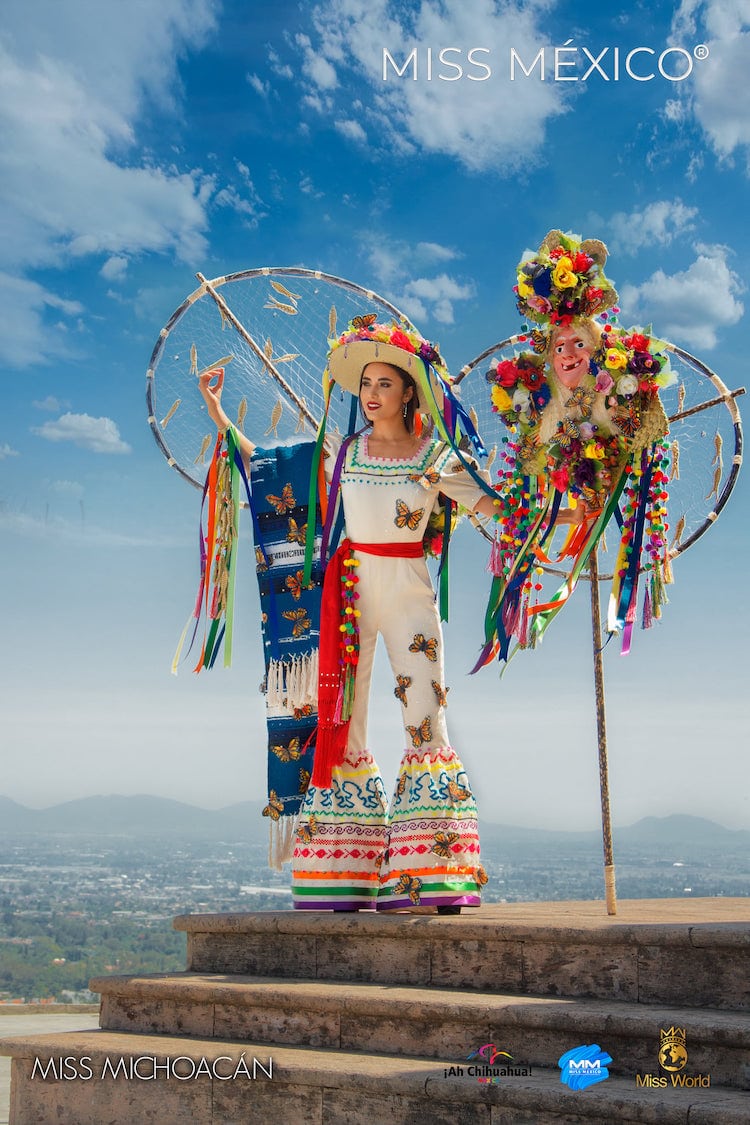 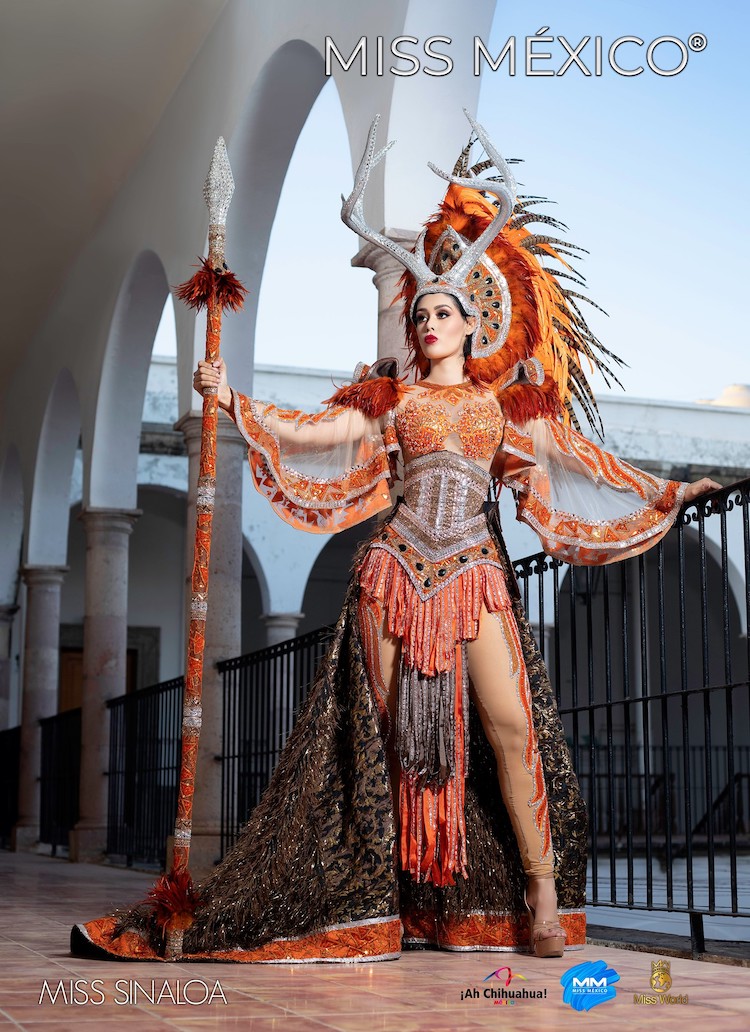 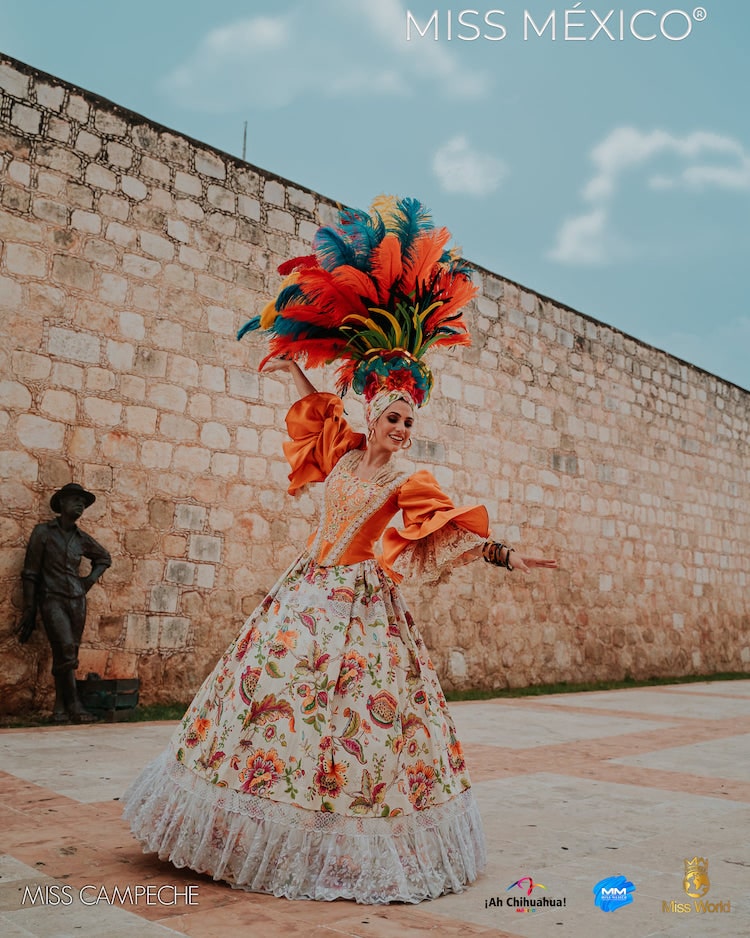 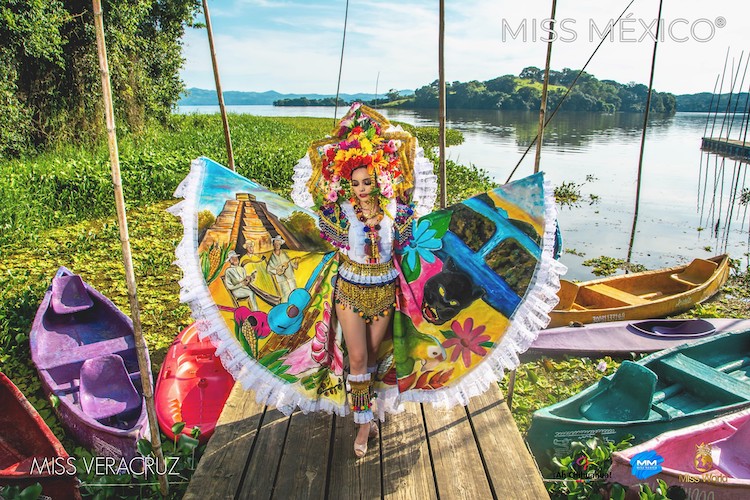 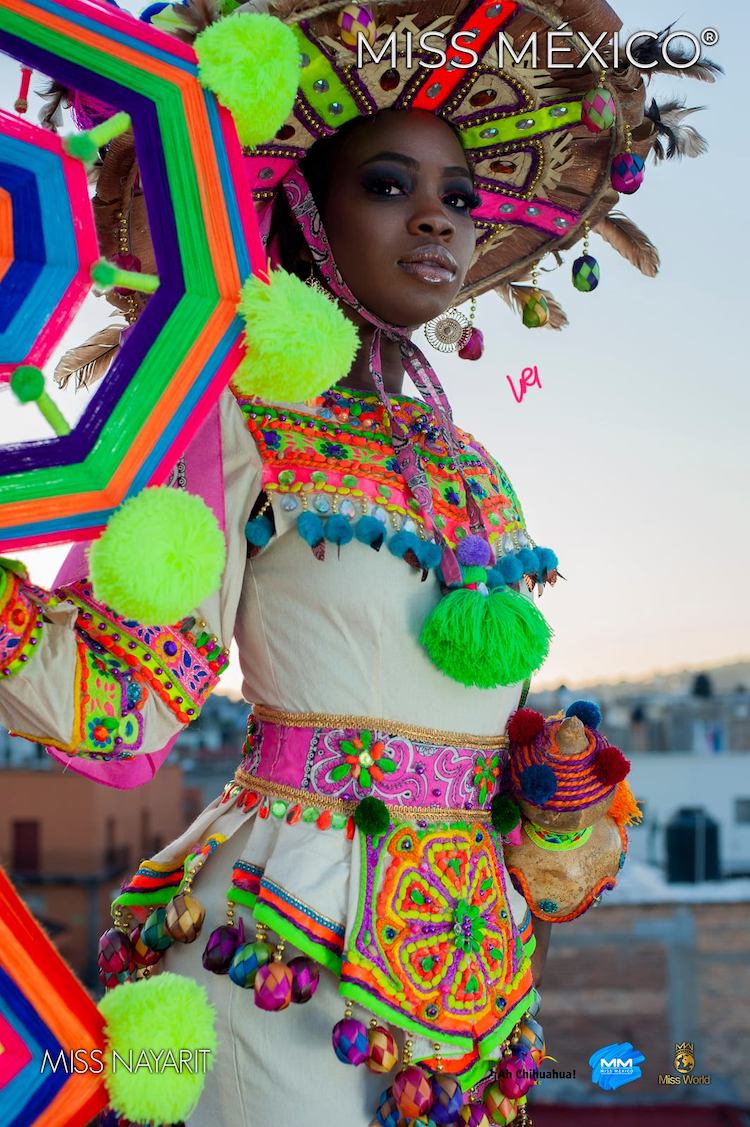 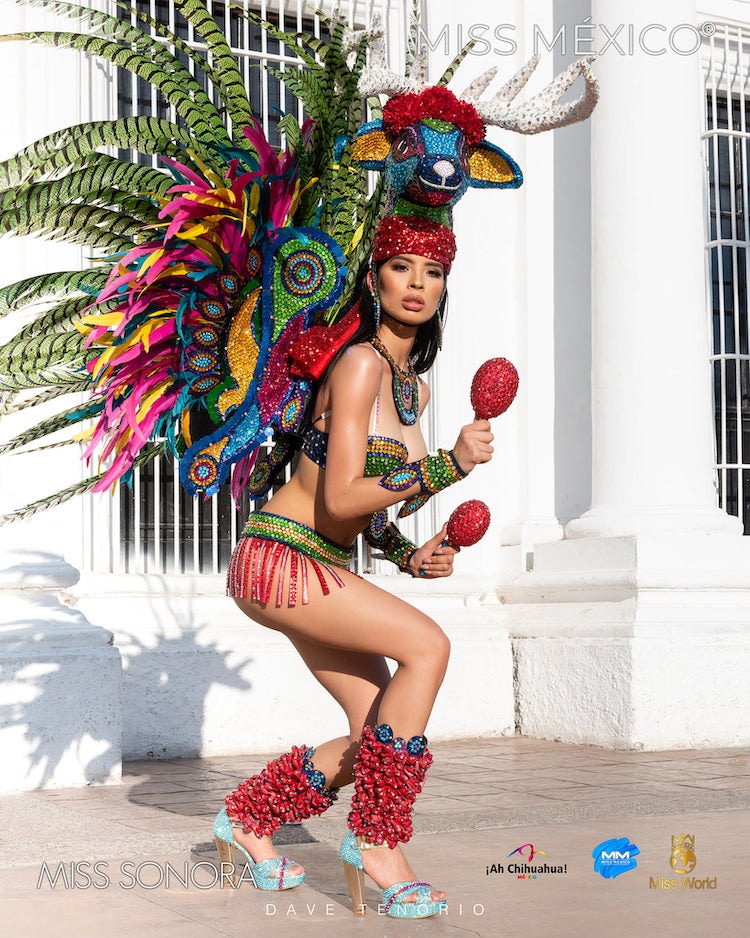 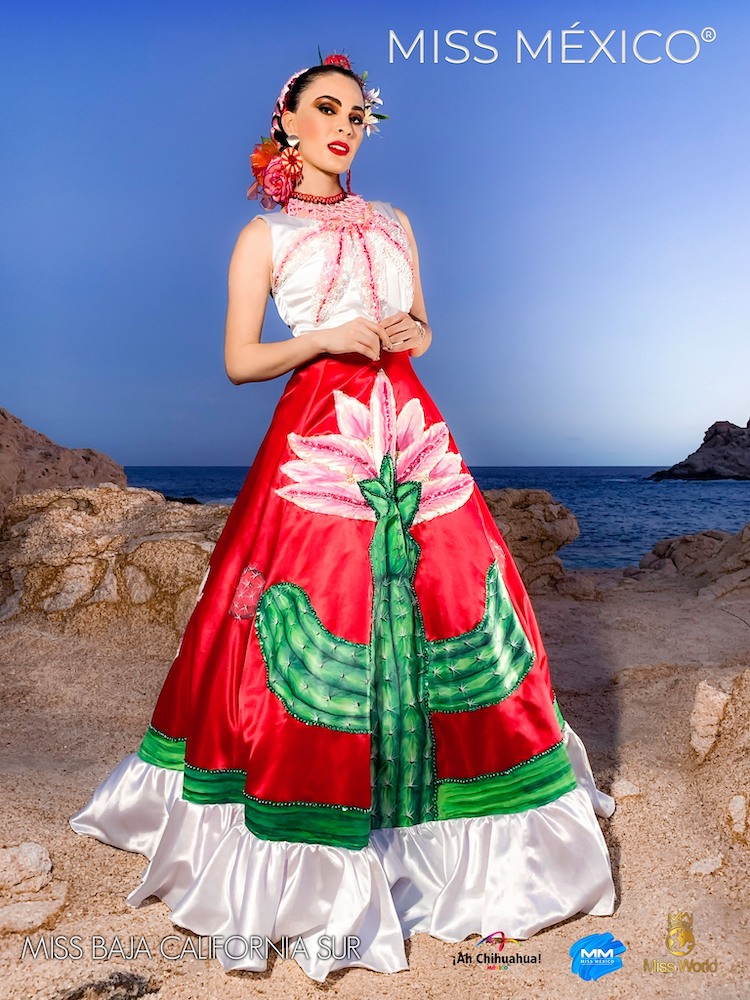 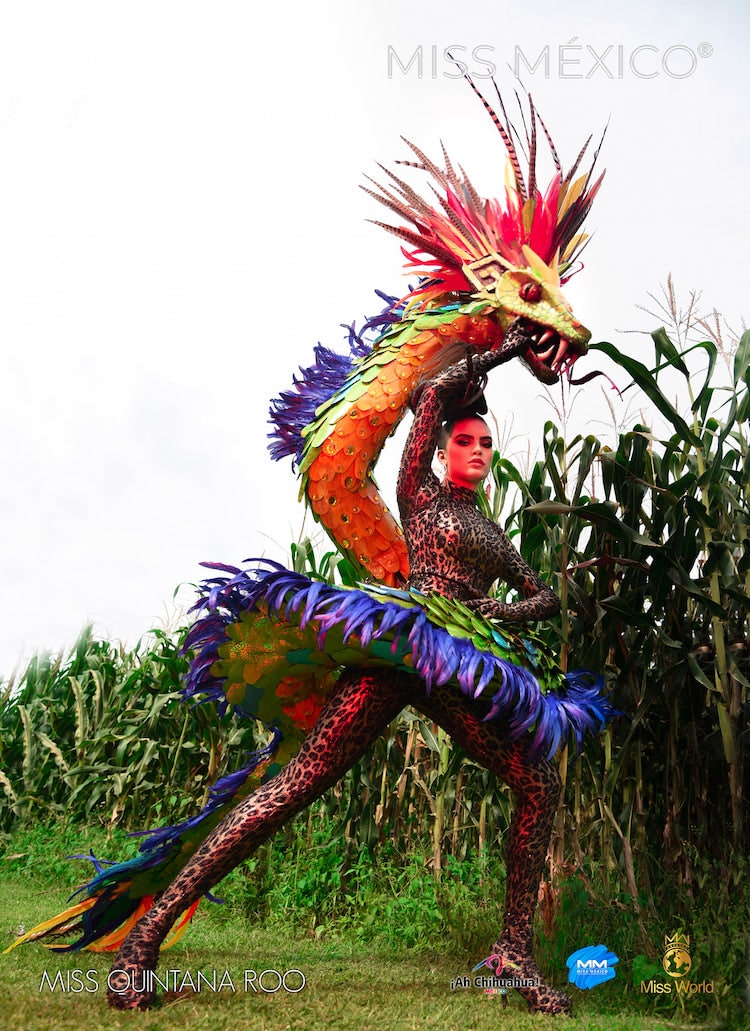 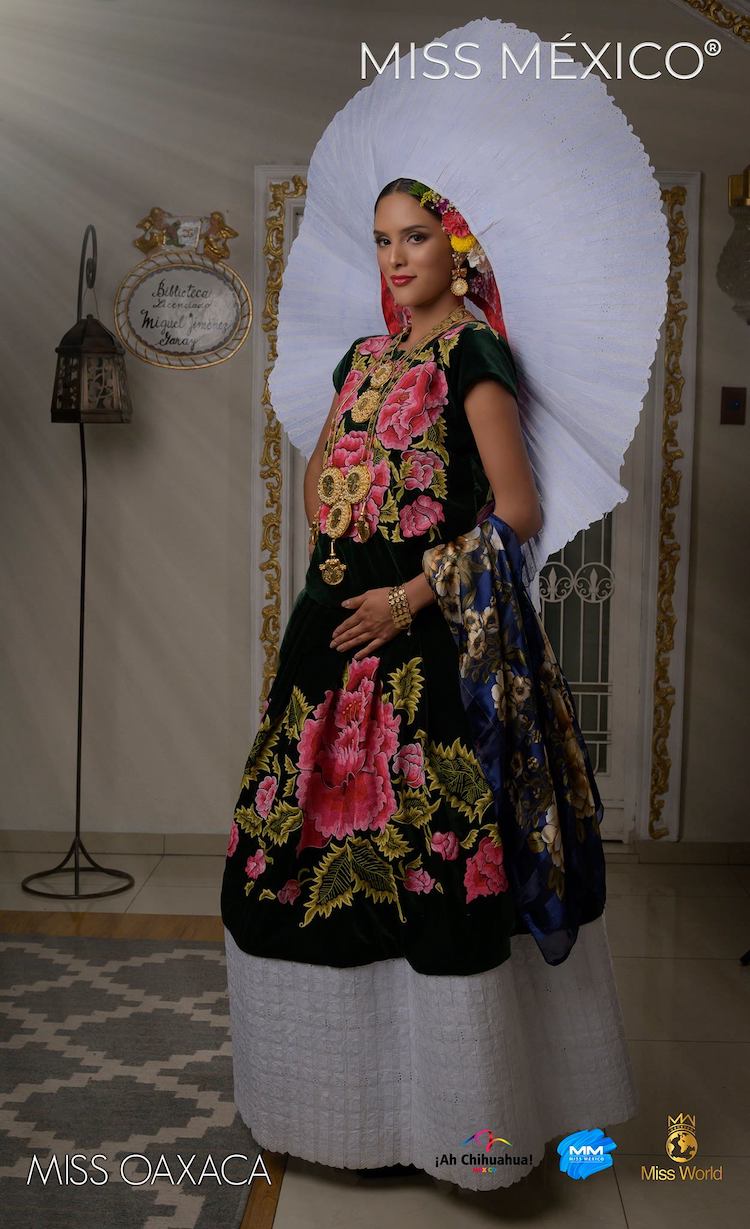 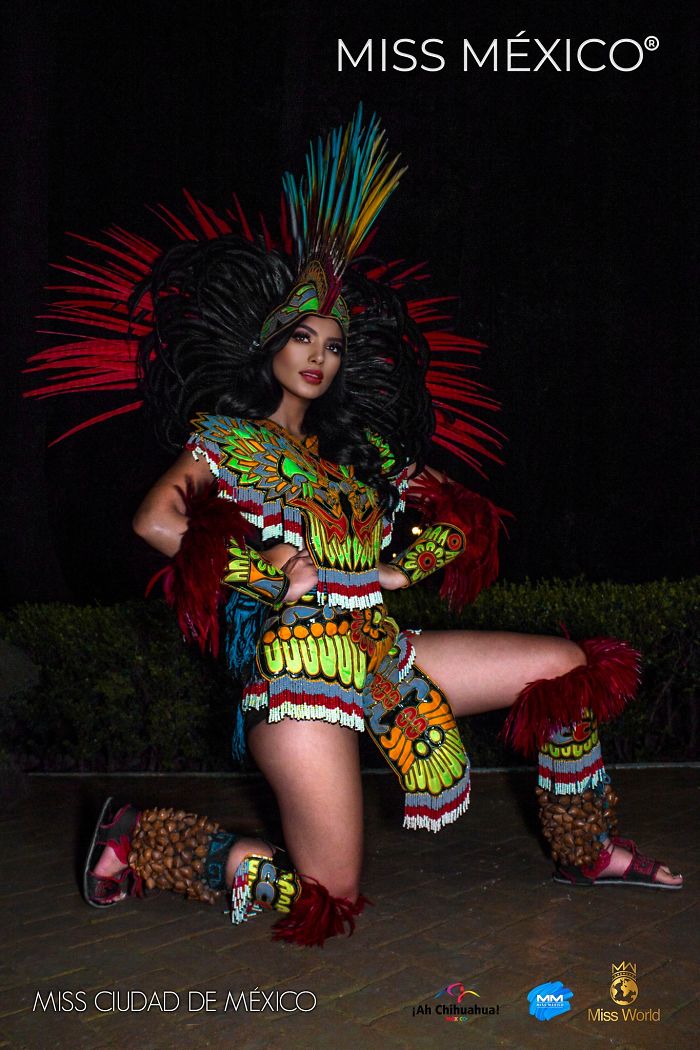 Reports of mysterious noises and ghost sightings might frighten some travelers, but intrepid ghost hunters know there’s nothing more exciting than staying in an allegedly haunted hotel. Across the United States, historic hotels have welcomed guests for decades or even centuries, but not every visitor has checked out. The 13 most haunted hotels in America offer more than a comfortable bed and room service — spotting the spirits that wander these halls should be on every thrill-seeking tourist’s bucket list. And with many of these hotels open in time for the spooky season, you could even plan a Halloween getaway to a supposedly haunted destination near you — that is, if you’re brave enough.

Once a Cunard ocean liner, the RMS Queen Mary is now permanently docked in Long Beach, California, offering guests a completely unique hotel experience. Visitors can imagine what life was like aboard the historic ship when they stay in the original staterooms, enjoy onboard dining, and tour the Art Deco ship, but ghost hunters will want to participate in a paranormal investigation to learn more about the RMS Queen Mary’s resident spirits. Often referred to as “the most haunted hotel in America,” the Queen Mary has several paranormal hot spots, including stateroom B340, where a passenger passed away in 1948. Since the 1960s, guests have complained about bizarre and otherworldly experiences in B340, and the room is available to those brave enough to spend a night among the spirits. The Queen Mary is currently closed due to the COVID-19 pandemic.

The Stanley Hotel in Estes Park, Colorado, earned its place on nearly every list of the most haunted hotels in America, partially thanks to horror author Stephen King. It was the inspiration for the Overlook Hotel in his novel, “The Shining,” and while you might not find a set of terrifying twin girls here, the property reportedly hosts a few spirits of its own. Freelan Oscar Stanley opened the now-historic hotel in 1909; he and his wife, Flora, are said to roam its halls to this day, among other ghostly spirits who checked in, but never left. The hotel is currently open with COVID-19 health and safety measures in place. You can even book a stay in one of the “spirited” rooms, which allegedly have high paranormal activity.

This iconic Los Angeles hotel opened in 1927, hosting countless stars throughout the Golden Age of Hollywood, including Shirley Temple, Montgomery Clift, Charlie Chaplin, and many more. A few of The Hollywood Roosevelt’s most famous guests might have returned in the afterlife — Marilyn Monroe lived in room 1200 for two years at the beginning of her career, and some report seeing her reflection in the room’s mirror. The hotel is currently open with COVID-19 policies in place for any fall travelers who hope to glimpse a spirit for themselves.

One of the longest continuously operating hotels in the United States, Boston’s Omni Parker House has seen its fair share of history. It’s rumored that the ghost of the hotel’s founder, Harvey Parker, still roams the halls, checking to make sure guests are enjoying their stay — talk about hospitality that goes above and beyond. Others report that the spirit of Charles Dickens, who briefly lived in the hotel, may still linger on the third floor where he stayed. Thrill-seekers can now book a room at this historic hotel — it recently reopened after closing amid the pandemic.

Originally built in 1886, the Crescent Hotel in Eureka Springs, Arkansas, was taken over by criminal and entrepreneur Norman Baker in 1937, who turned the property into a hospital and health resort, claiming to have a cure for cancer. Some paranormal experts say the hotel’s sordid past is one reason why spirits stuck around. The hotel (currently open) is now a beautiful, expansive retreat, and it offers ghost tours and even features images of ghosts spotted at the resort on their website.

For nearly 100 years, the stunning “Pink Palace” has welcomed guests to St. Pete Beach on the Gulf Coast of Florida, but its eternal guests have a surprisingly heartwarming story. Thomas Rowe fell madly in love with Spanish opera singer Lucinda while in London, but her parents forbade their relationship, leaving the lovebirds heartbroken. Thomas returned to America and built The Don Cesar as a tribute to his lost love, and some say that since his passing, they have seen the couple — reunited in death — roaming around the resort. The hotel is currently open with health and safety measures in place. Visit, and you may spot Thomas and Lucinda wandering the hotel, hand in hand.

Related: 10 Real Haunted Houses From All Over the United States

Once a playground for America’s wealthiest families, including the Morgans, Vanderbilts, and Rockefellers, this historic Georgia resort opened in 1886 as a recreational club. Some say you can still feel the presence of wealthy visitors and hotel workers today. The resort is currently open, and it offers an annual ghost hunt weekend — this year falling on Halloween.

This Manchester, Vermont, resort has welcomed guests for over 250 years, and it has a couple of lingering spirits. President Lincoln’s family vacationed at The Equinox, and it’s said that the ghost of his wife, Mary Todd Lincoln, is still spotted around the property. The resort is currently open with new health and safety measures in place.

The historic Pfister Hotel opened in Milwaukee in 1893 with elegant interiors and advanced technology for the times, including electricity, individual thermostat controls, and fireproofing, making it one of the most sought-after accommodations in the city. The hotel is supposedly home to a number of spooky sightings — in fact, several MLB players have reported their own personal ghost experiences in the hotel, and some are even too scared to stay there. For guests who want to hunt for ghosts this season, the hotel is currently open with new health and safety procedures in place.

The beautiful Emily Morgan Hotel in San Antonio, Texas, wasn’t always a hotel. The 1924 building first housed a hospital and doctors’ offices, and before that, this was near the site of the deadly Battle of the Alamo. It’s believed that this history is the reason for the mysterious occurrences that happen throughout the hotel; some guests have even reported seeing a woman in white wander the halls. The hotel is now open, if you want to check it out for yourself.

This beautiful Santa Fe, New Mexico, hotel has an incredibly rich history. Since 1609, a number of inns have been located on this very site, but a handful of events may be the cause of continued hauntings. According to the National Trust for Historic Preservation, the ghosts of a judge shot in the lobby, a businessman who gambled everything away at the hotel before jumping down a well, and a bride killed on her wedding night are just a few of the spirits that you may come across during your stay here. The hotel is currently open with COVID-19 procedures in place.

Savannah, Georgia, is known for being a hotbed of paranormal activity, and The Marshall House is just the place to stay if you want a fully immersive spooky experience in the city. Since 1851, the property was used once as a wartime hospital and twice as a hospital during the yellow fever epidemics. Any hotel with such a history is bound to have a few residual spirits hanging around, and guests report seeing ghosts and hearing children running down the halls late at night.

The luxurious Omni Shoreham Hotel is one of D.C.’s most historic hotels, and arguably one of the most haunted. A young girl and a maid both died of mysterious causes in one suite during the early 1900s, and some guests report bizarre noises with no explanation on the floor where they passed away. The hotel is temporarily closed due to the pandemic, so ghost hunters will have to wait a little longer to check out this beautiful property.

Elizabeth Rhodes is an associate digital editor at Travel + Leisure who loves a good ghost story. Follow her adventures on Instagram.

In a world of fear and constantly being someone else, it is a blessing to be me, a witchy cat.🎃 Happy 👻 Halloween- The Witchy Cat